I've been meaning to update this blog for a little while, but it's a little sad to see how long it has been.

The good news is that access to older recordings continues to improve, ever so gradually, with more appearing on streaming and download platforms.

In terms of new albums, though, there are only a couple of ones that I'm aware of.

These are already among the more frequently recorded of Holmboe's choral works, but there's nothing wrong with that! Other composers on the album include Nielsen and Stenhammar. 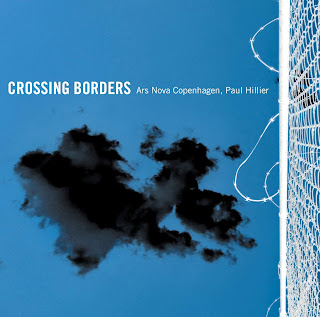 The other recent album is called Vildtvoksende fantasier (Wild-growing fantasies), and is subtitled (in Danish) as "Music stories for children". It combines stories with chosen pieces of music, of which 2 are Holmboe's. "Øens kirkegård" (The island's churchyard) is one of the songs from Sange mod Vårdybet (Songs Towards the Deep of Spring), op.85 (M.223). "Du svævende ånd" (You hovering spirit) is the second of the Two Sarvig Psalms, op.154 (M.315).

These are not actually new recordings, they are taken from a Da Capo album of Holmboe's a capella choral works (Sokkelund Sangkor, conducted by Morten Schuldt-Jensen). So perhaps this is of most interest to anyone with Danish-speaking children to read the stories with. 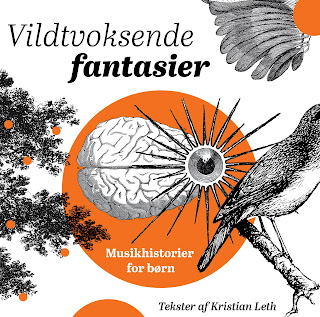 My original cataloguing becomes increasingly inaccurate. Having said there was just one recording of the Trombone Sonata, op.172a, I found out about two more in a single night.

Carsten Svanberg and Bernadette Binder perform the sonata on an album of Classical Sonatas for Trombone and Piano published back in 1998 (Amos CD 5872). Other composers represented on the album are Hindemith, Frank Martin, Bentzon, Schmidt, Larsen and Sulek. These days, it appears the album is most readily accessed from the record company's own website (www.blasmusik.ch). 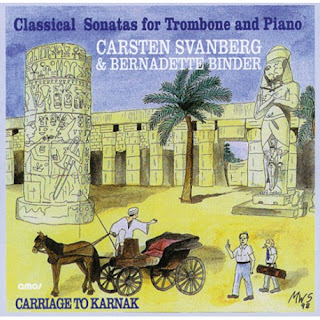 The other performance is by Roger Verdi and Martha Locker, on album called Almost Home - Works for Trombone (Greenmill Records). Other composers are Guilmant, Barat, Bassett, de Frumiere and Sulek. Known sources for the album are Amazon and CDBaby. 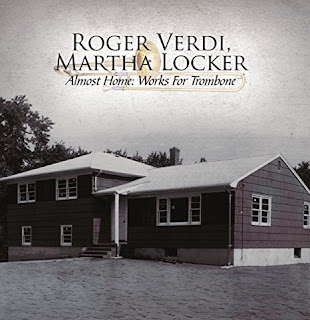